If you are looking for properties in the European side of Istanbul close to the city center, Gaziosmanpasa is a good choice.

It is a district in Istanbul in the European side of the city. Its a quite and a peaceful region of the city with hospitable people.

Gaziosmanpasa is the most populated district in Istanbul. 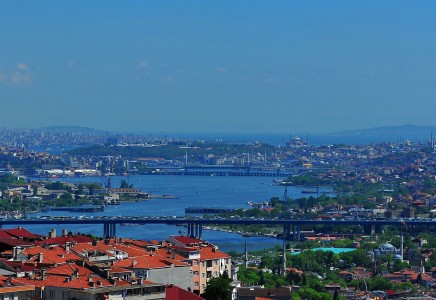 In 2009 the district divided into three districts.

The first district is the middle of the city or the city center and it is located in the North.

The second one is located in the northernmost and it is called Arnavutkoy.

The third district is called Esenler and Bayrampasa at the west.

Gaziosmanpaşa is a famous neighborhood in Istanbul . Its population changed rapidly in a very short time. It is a district in Istanbul in the European side.

The population was around 90,000 during 1950s nowadays became more than 1 million.

There are groups of people from different regions, cultures, political ideas.

It has a nationalist, islamic, kurdish, gybsy, bulgarian, alevi neighborhoods which are side to side.

It was an empty land until 1950 when a lot of different migrants settled down especially from Balkans, Bulgaria, Yugoslavia and most of their homes were illegally built.

And because of the migrants from Anatolia between 1980 – 1970 the district has expanded.

The city center of Gaziosmanpasa still has ancestral of the Balkan immigrants since 1950 – 1960
Today most of the old and illegal houses have been demolished and replaced with new legal ones which are proper for everyone.