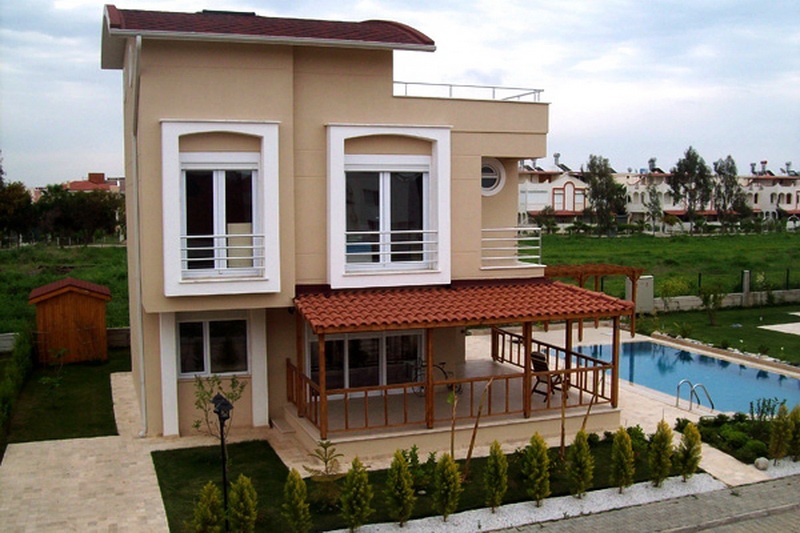 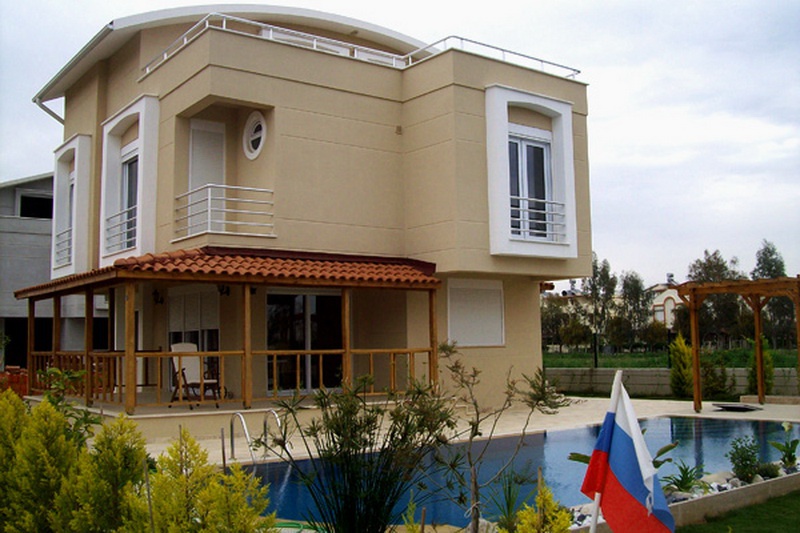 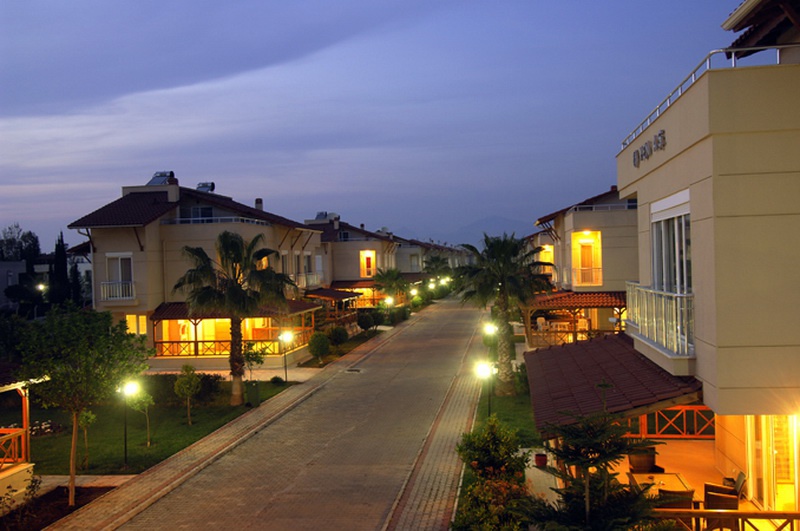 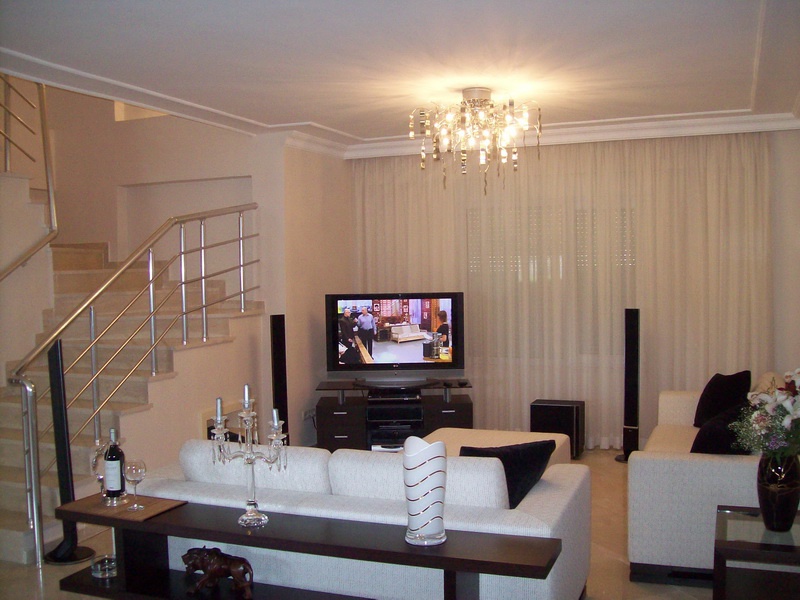 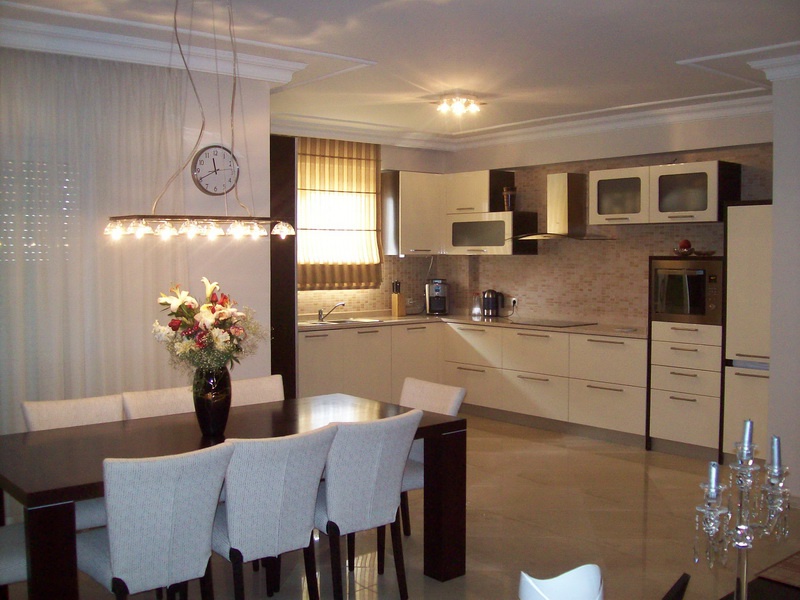 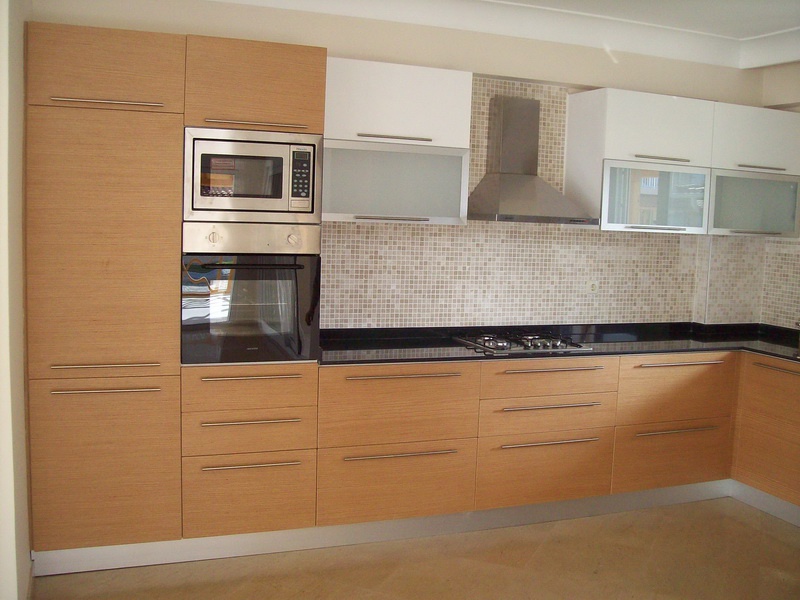 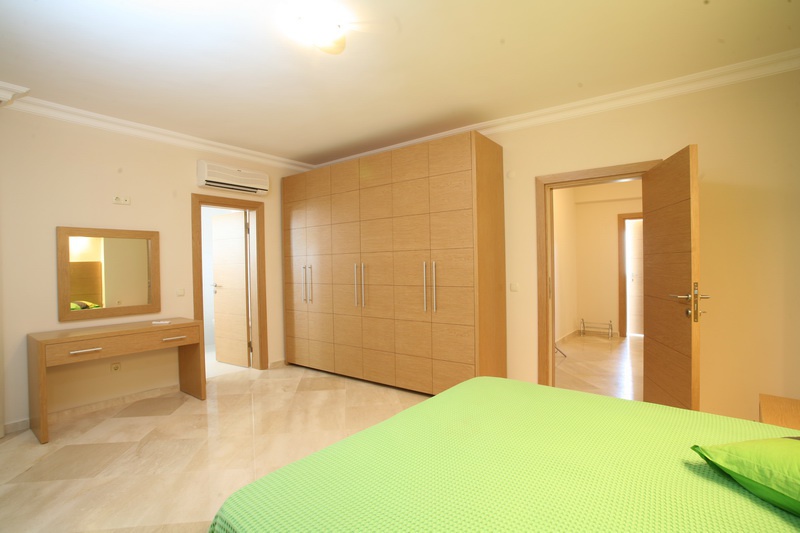 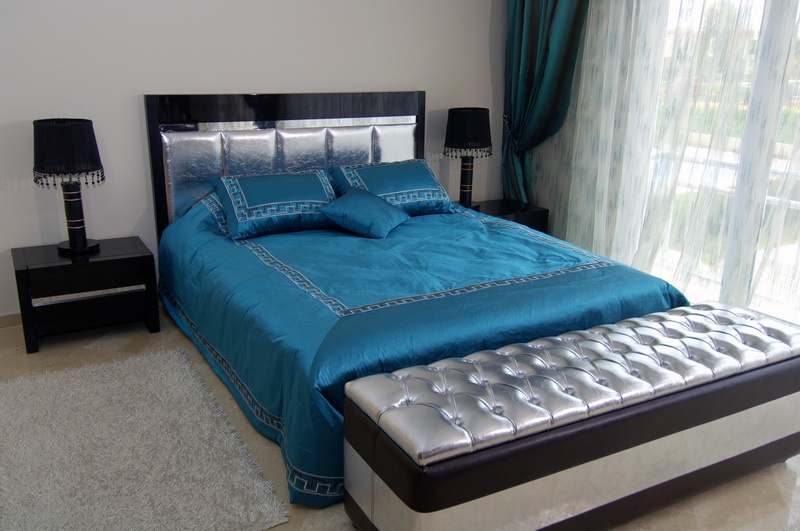 Detached Villa in Belek Antalya. A detached house in Belek with a private pool for sale. The villas is located within the gated community with a 24 hour security, a big communal pool.

There are 3 floors in the villa and 220 sq m. 3 bedrooms, 4 bathrooms, a living room with an united kitchen, a balcony and a terrace. There is the living room and the kitchen as well as a guest WC and the exit to the terrace on the ground floor. The floor is marble, the entrance door is steel, the kitchen is equipped with kitchen furniture and white goods. There 3 bedrooms on the first and second floors. The floors are ceramic, the doors are wooden. All windows in the villa are double gazed. All rooms have split air-con units. The villa is constructed according to the highest standards.

The site located between Kadriye and Belek. There are several shops in 5 min walk. The bus stop is right outside the site. The beach is 2 km away.

Old City Walls:
The memorial Hadrian Arch and The Clock Tower are splendid old structures and date back to Hellenistic era.Kaleici:
This is the center of a city which embraced many civilizations during the history. It is now restored totaly and has became the most attractive touristic centre with its boutique hotels, restaurants, entertainment facilities and shopping oppurtinites. Kaleici preserves all the original ancient Turkish archaeological characteristics. The Antalya port marina has been completely renewed and is definitely worth visiting. The restoration activities in Kaleici won the Golden Apple Prize which can be considered as the Oscar of tourism.

Antalya Museum:
A prize winning museum and one of the most notable archaeology museums of the world. It is also the only museum in the country with a childrens department exhibiting ancient monuments appealing to children.

Hadrians Gate:
This ornamental marble arch was constructed in 2nd century BC by the Romans in honour of the Emperor Hadrian. It is the most interesting area in the whole ancient Pamphylia region.

Kesik Minare (Broken Minaret):
Almost in all postcards of Antalya, a mosque once a Byzantine Panaglia church, and later converted in to mosque…