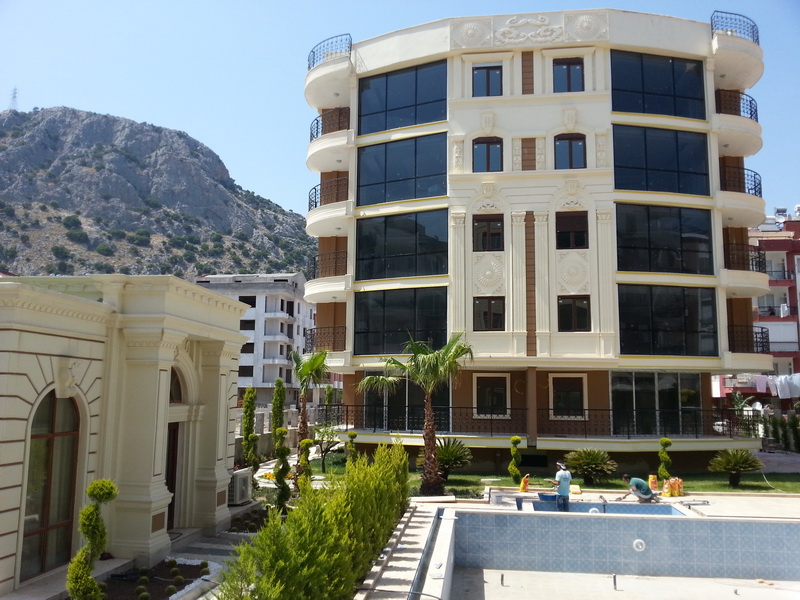 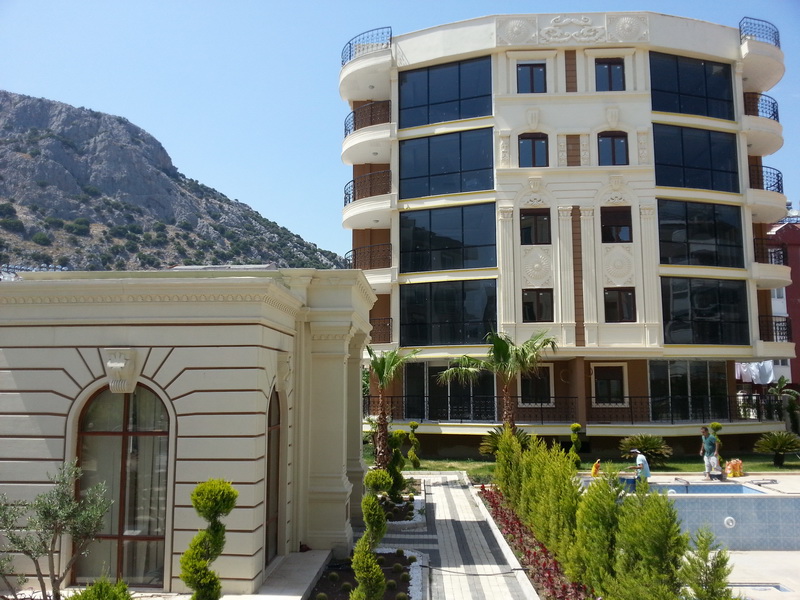 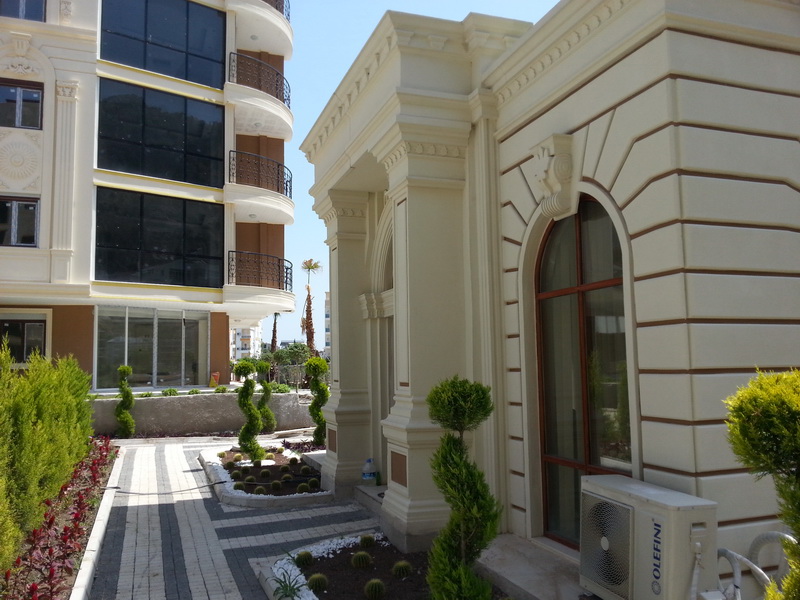 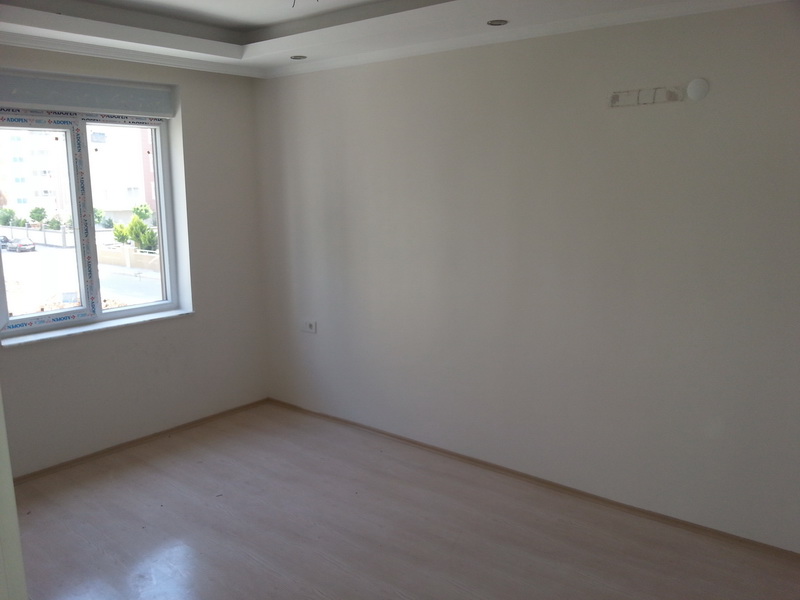 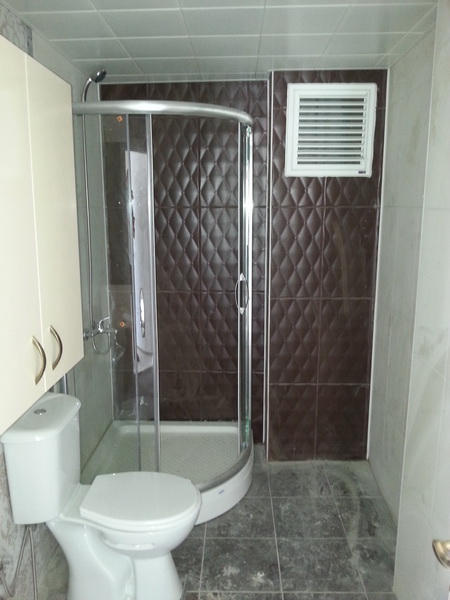 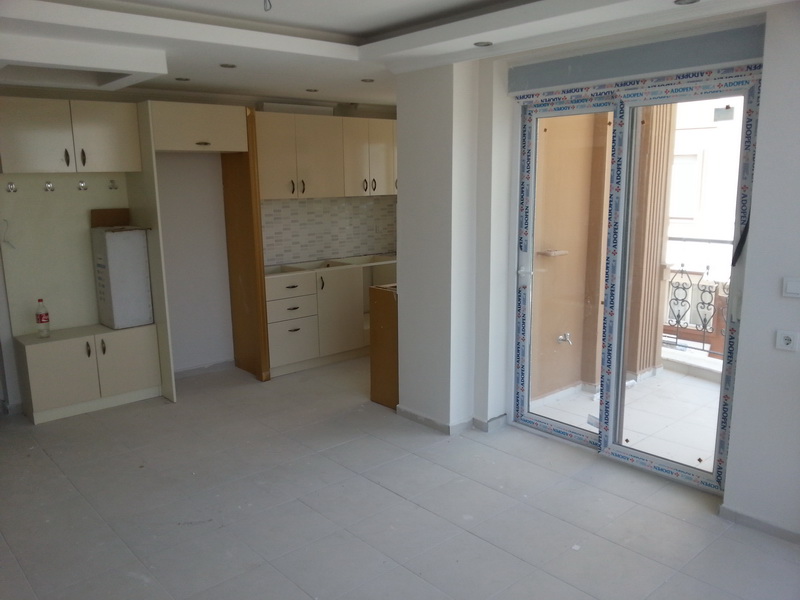 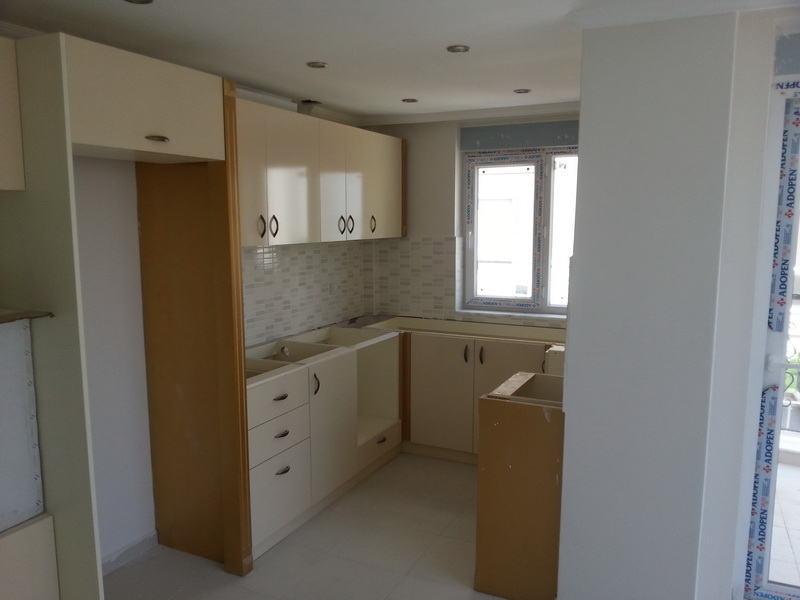 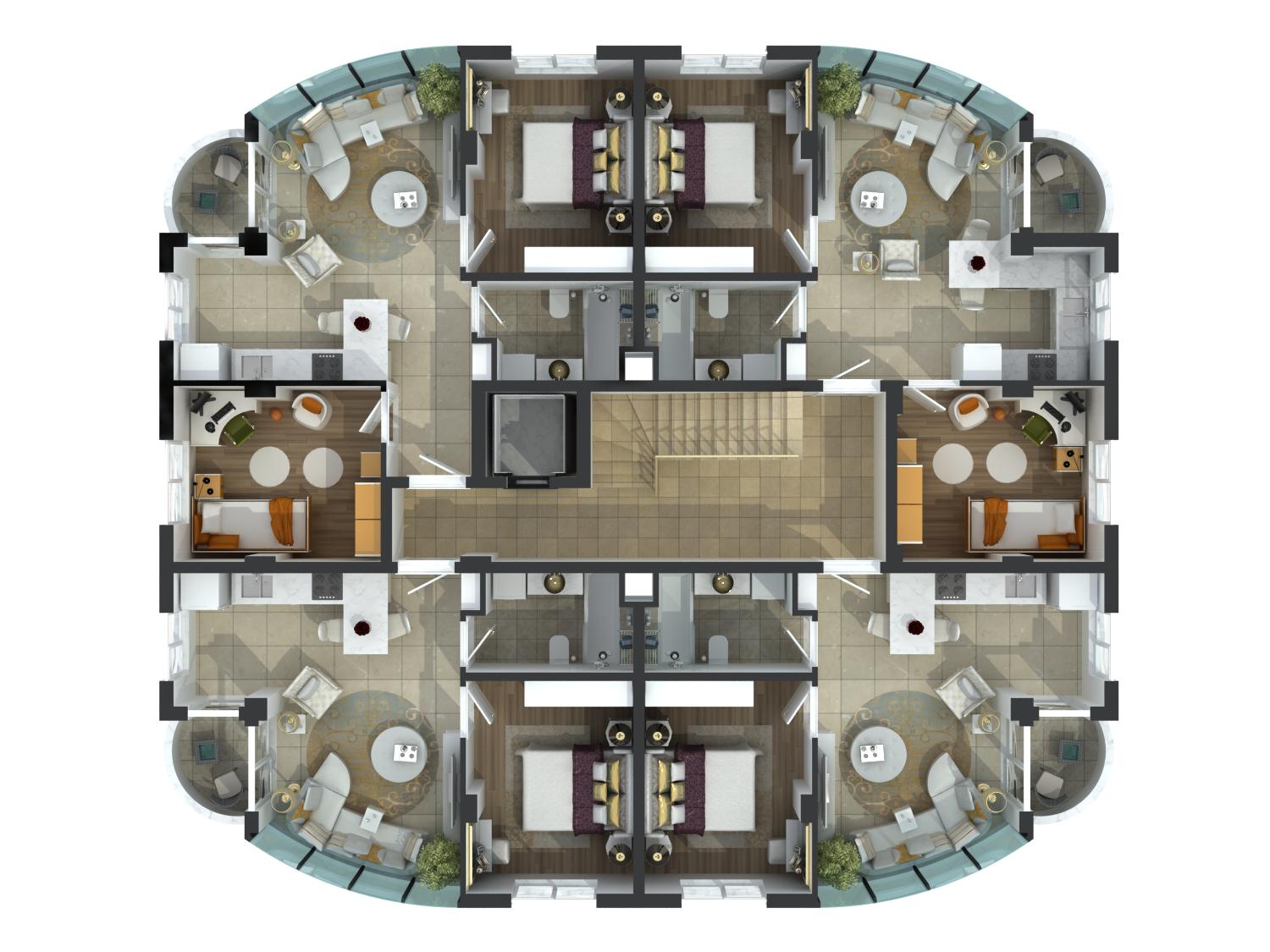 Restaurants, shopping and other facilities are in a short walking distance in Hurma, Konyaalti. Konyaalti beach is 1.800 meters away from these apartments. Bus station is in 200 meters distance. There is a “beach shuttle service” to the residents of Luxury Real Estate Turkey to Buy.

There is a very nice reception entrance building of this complex. There is a big swimming pool in the middle of A and B blocks. There are sauna and fitness center in Residence.

Each apartments have air-conditioners in each room, blinds at each window and (shoe-coat) wardrobe at the entrance. All apartments have open plan kitchen in the living room. Extractor, cooker, oven are installed in the Italian design kitchen. Electrical appliances will be placed as shown in the photos. The wall behind the TV in the living room is decorated with baroque style wallpaper.

Old City Walls
The memorial Hadrian Arch and The Clock Tower are splendid old structures and date back to Hellenistic era. Kaleici
This is the center of a city which embraced many civilizations during the history. It is now restored totally and has became the most attractive touristic center with its boutique hotels, restaurants, entertainment facilities and shopping opportunities. Kaleici preserves all the original ancient Turkish archaeological characteristics. The Antalya port marina has been completely renewed and is definitely worth visiting. The restoration activities in Kaleici won the Golden Apple Prize which can be considered as the Oscar of tourism.

Antalya Museum
A prize winning museum and one of the most notable archaeology museums of the world. It is also the only museum in the country with a children department exhibiting ancient monuments appealing to children.

Hadrians Gate
This ornamental marble arch was constructed in 2nd century BC by the Romans in honour of the Emperor Hadrian. It is the most interesting area in the whole ancient Pamphylia region. Luxury Real Estate Turkey to Buy.

Kesik Minare (Broken Minaret)
Almost in all postcards of Antalya, a mosque once a Byzantine Panaglia church, and later converted in to mosque…

This property is also available for sale in 1+1